What do you get when you offer people free beer and unicorn onesies?

Well, a blockchain is definitely not my first answer. Or my second. But then again, this is the question of the century -- how can we use the blockchain?

This is one of the many things I encountered in my absolutely fantastic time participating in ... Hackatrain!

Hackatrain. n. the hackathon on a train. Puns about blockchain not included.

I've participated in heaps of hackathons before - Facebook Sydney, UTS university hacks, some of banks. This has got to be one of the most uniquely fun hackathons I've been in! Here's why:

Presentation of the challenge - design a system to help rural concertgoers get home (so Amsterdam). 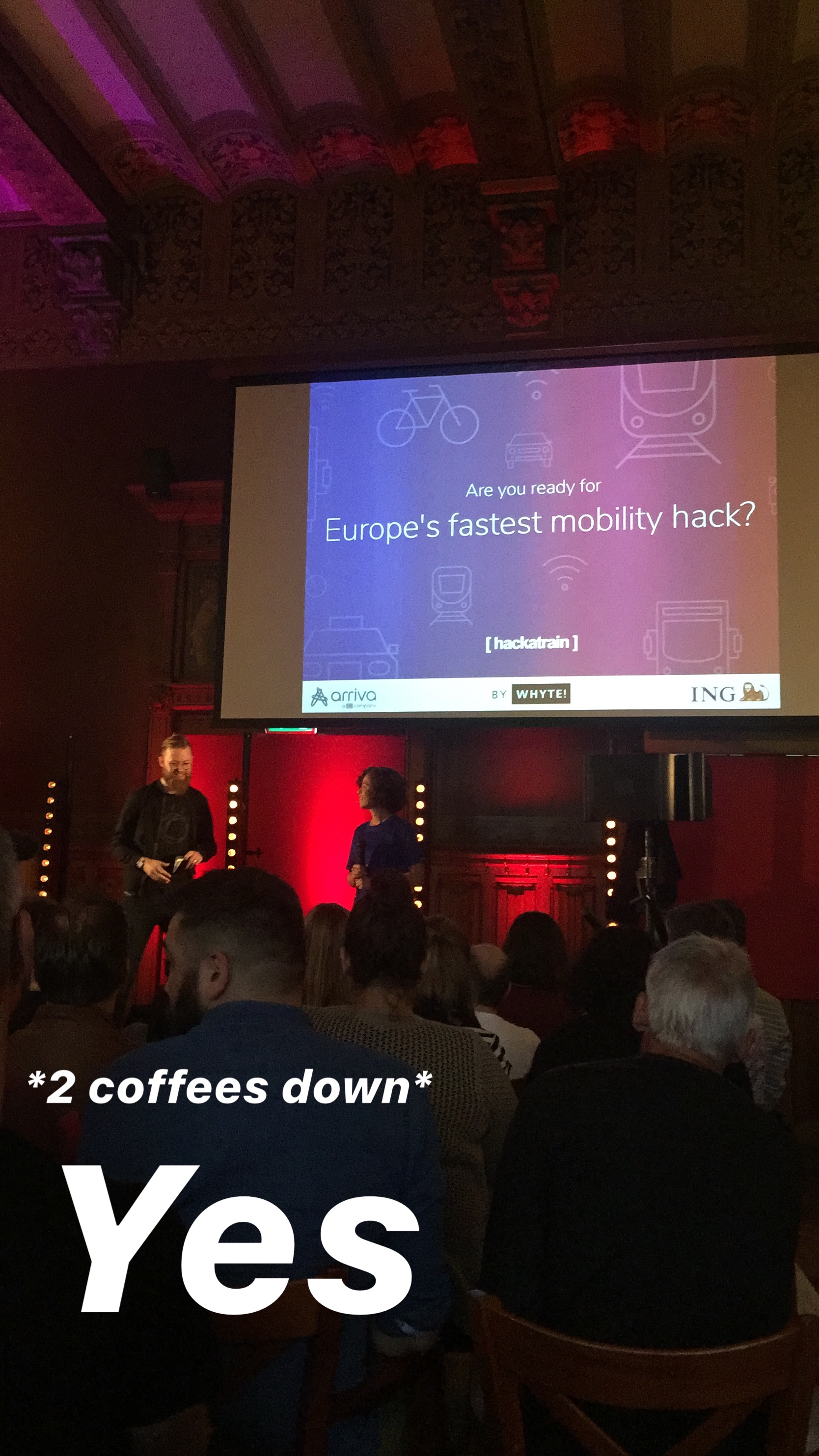 A flamboyant Dutch comedian loosens up the crowd like lubricant on a nail. Nothing could have pleased me more

We are on the train to Berlin. Sticky notes, whiteboarding on the windows. The cohesion is strong. 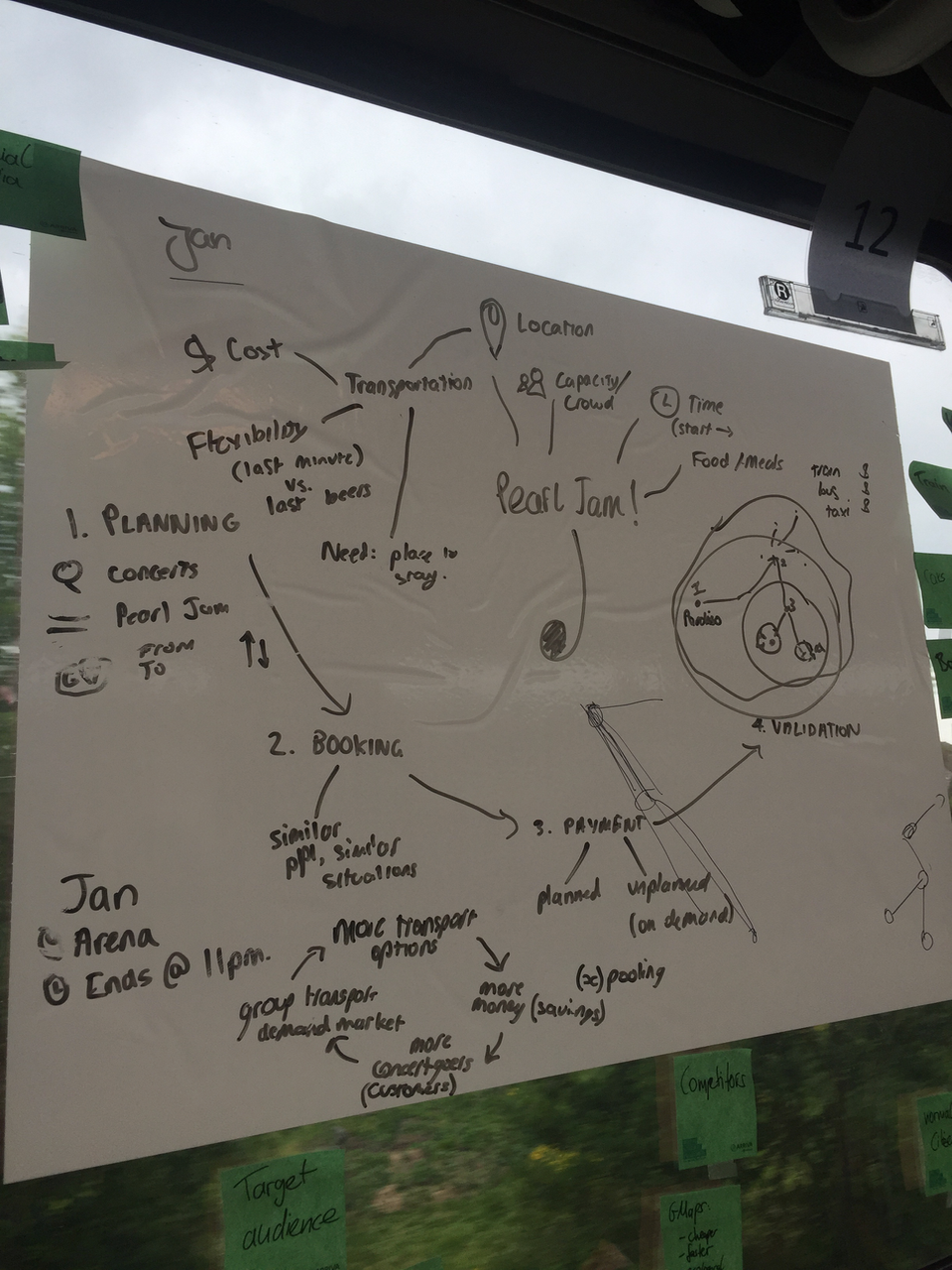 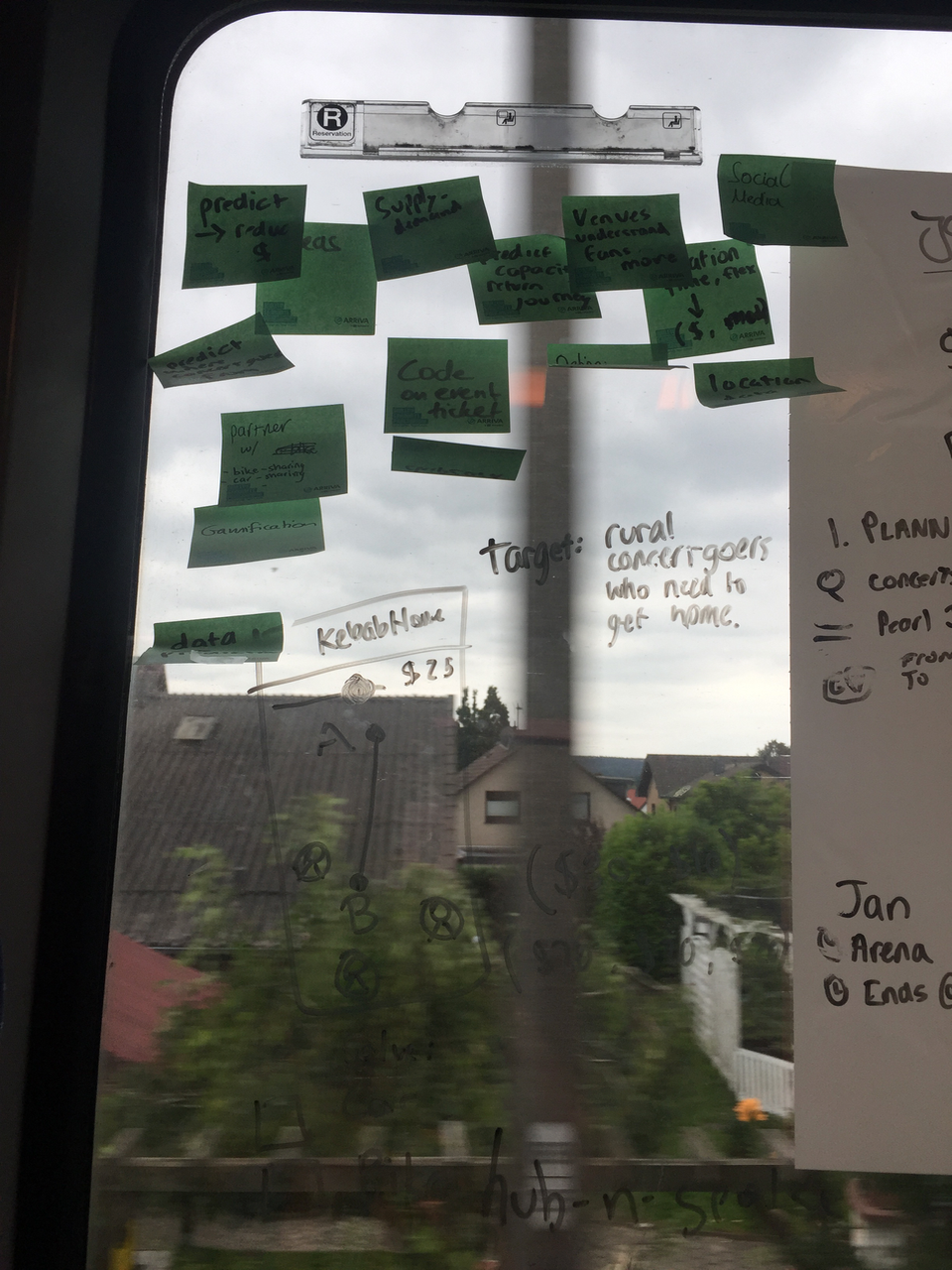 After 6 hours, our concept fully fleshed out, we arrive at Beach Bar Mitte (our stay until tomorrow night). 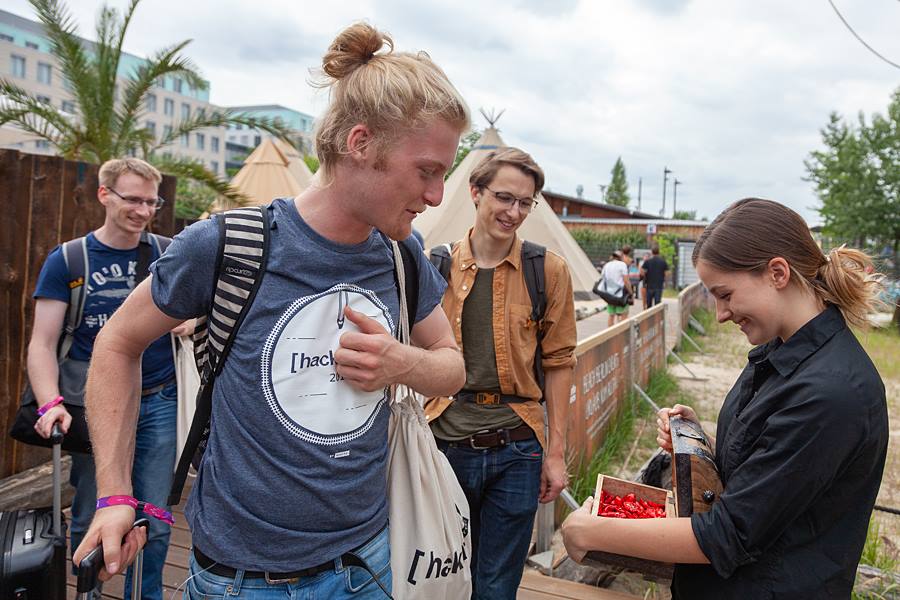 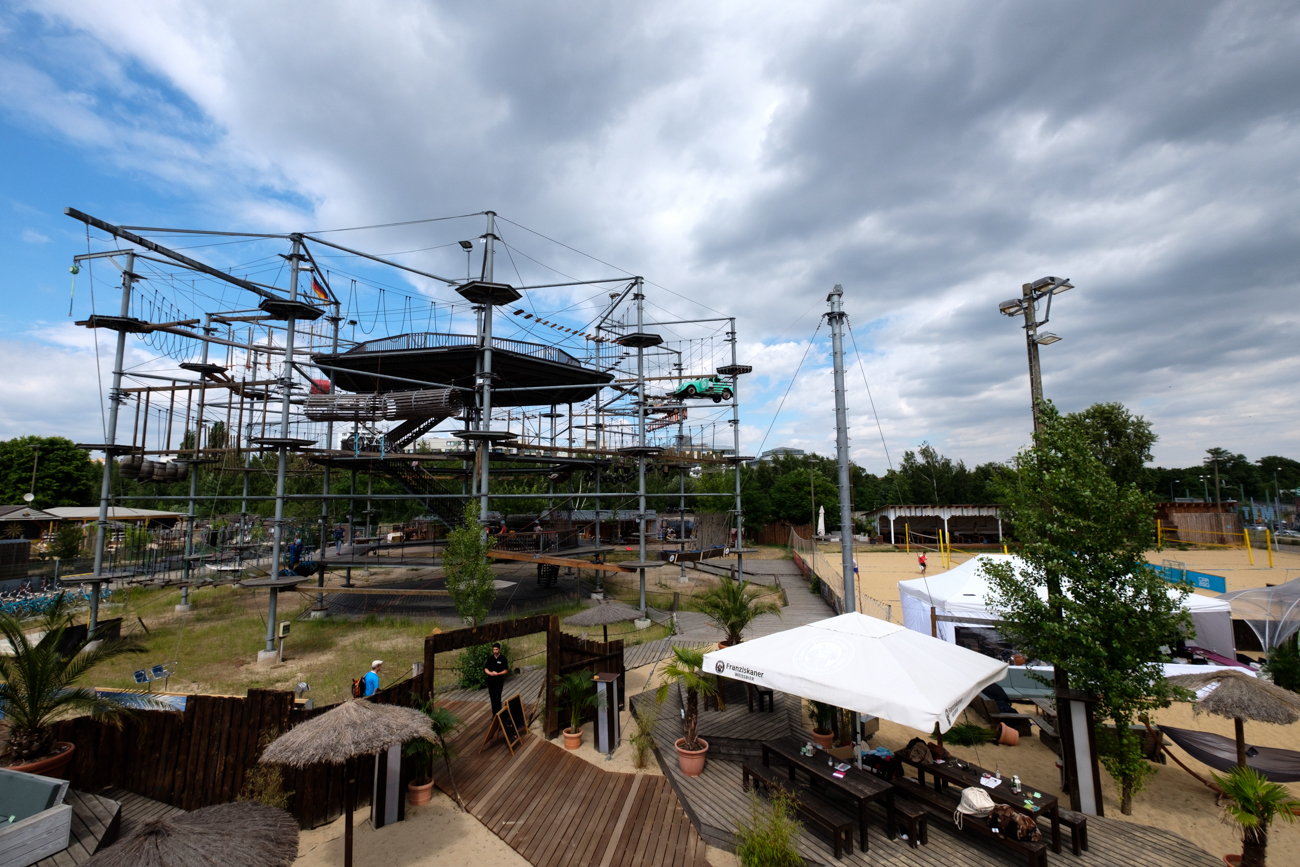 We immediately start setting up... 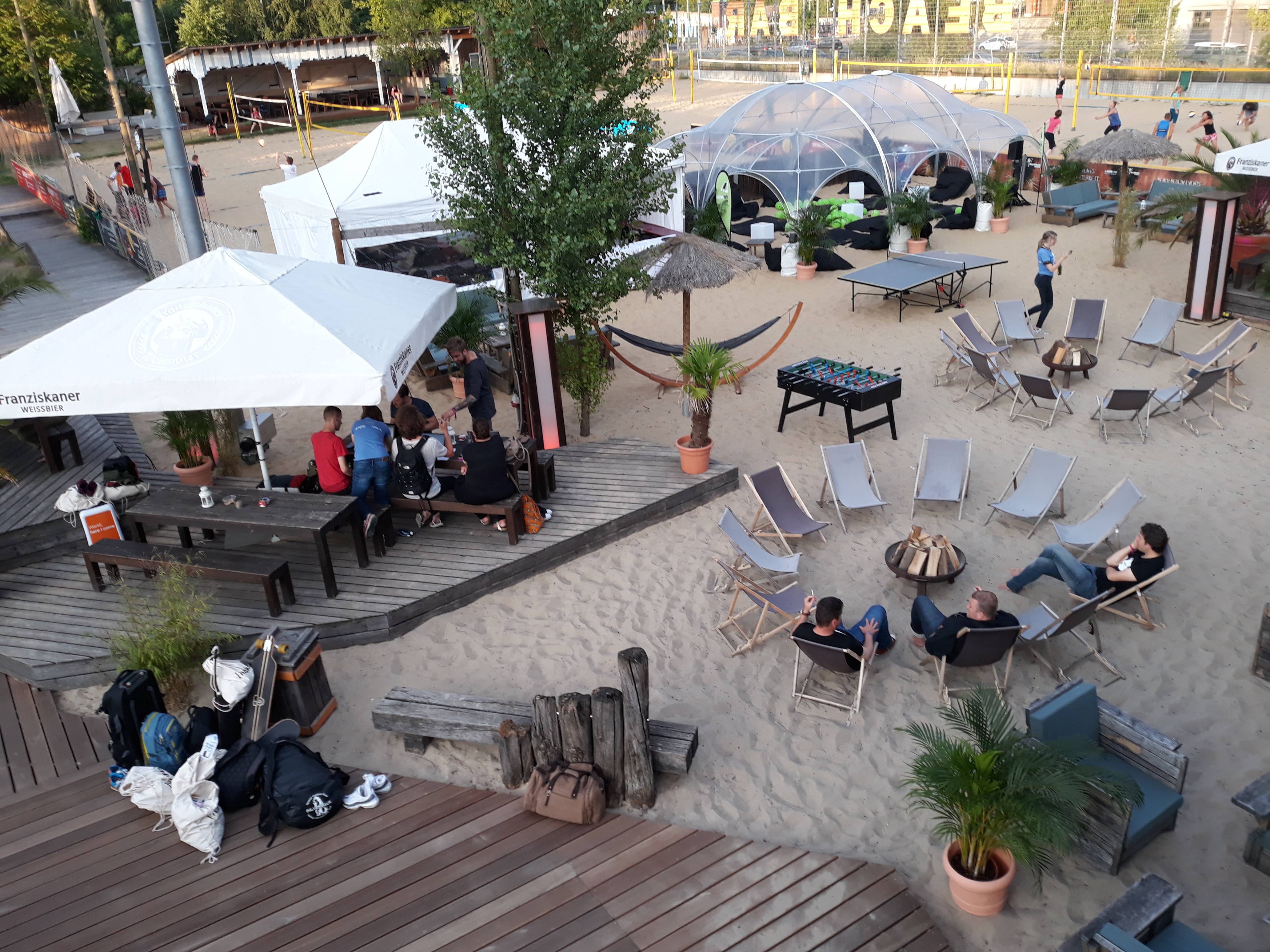 And then they tell the hackers that there's beer: 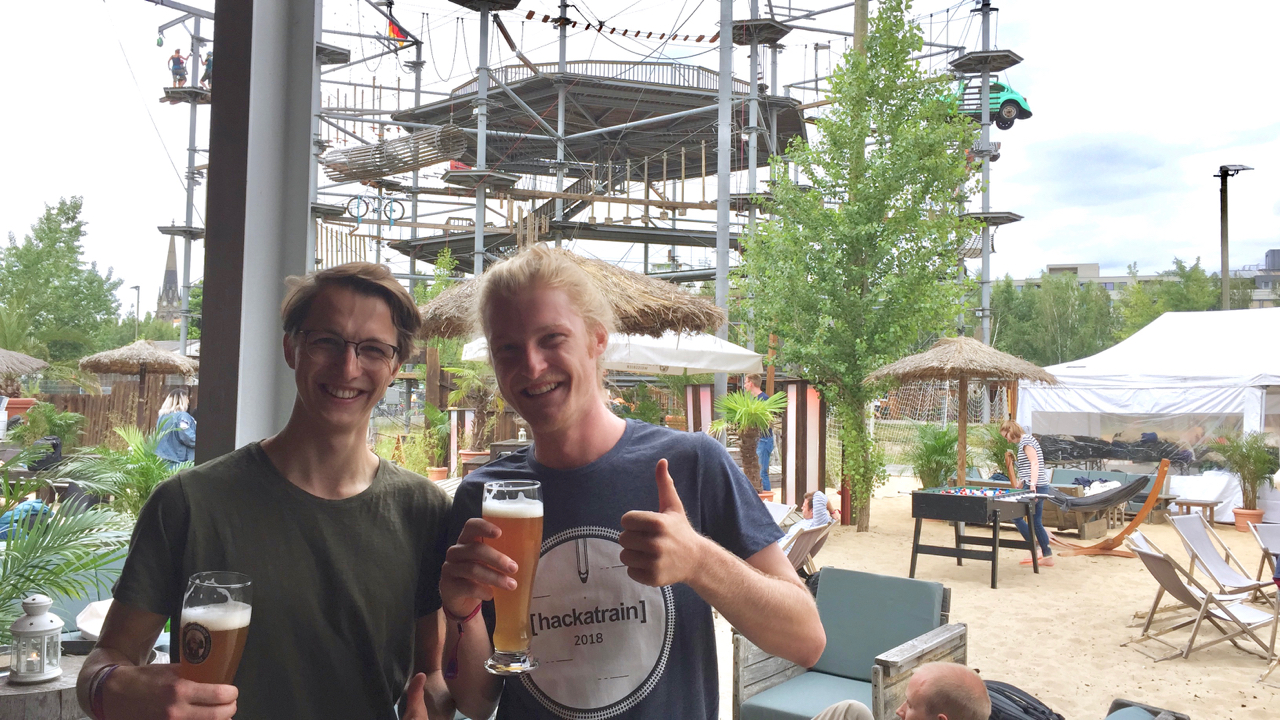 This is what an open plan office looks like. 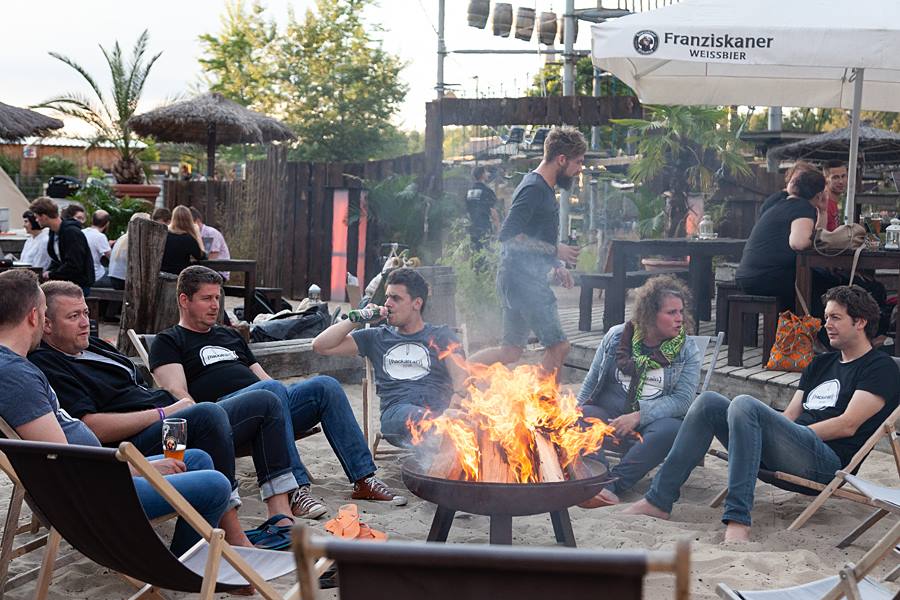 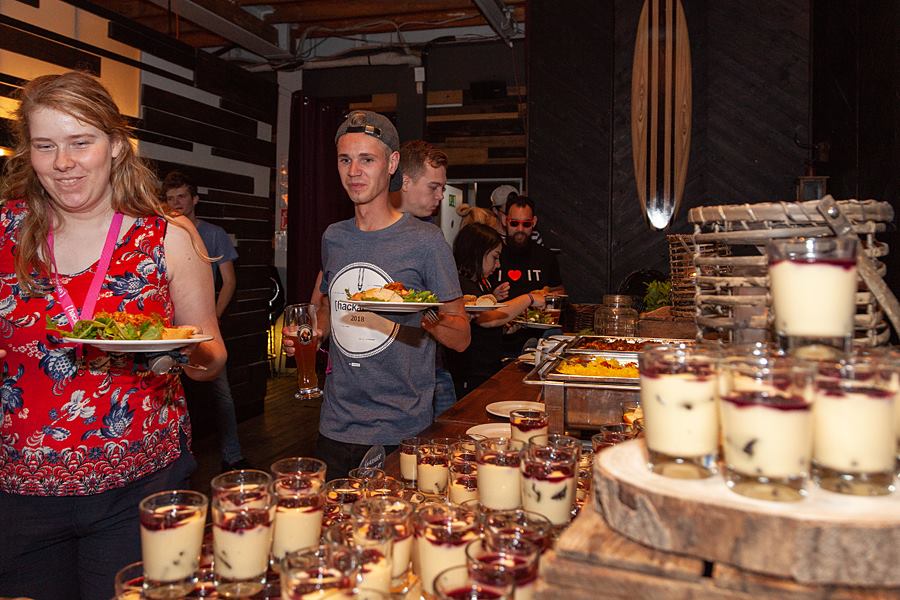 And this is effect! 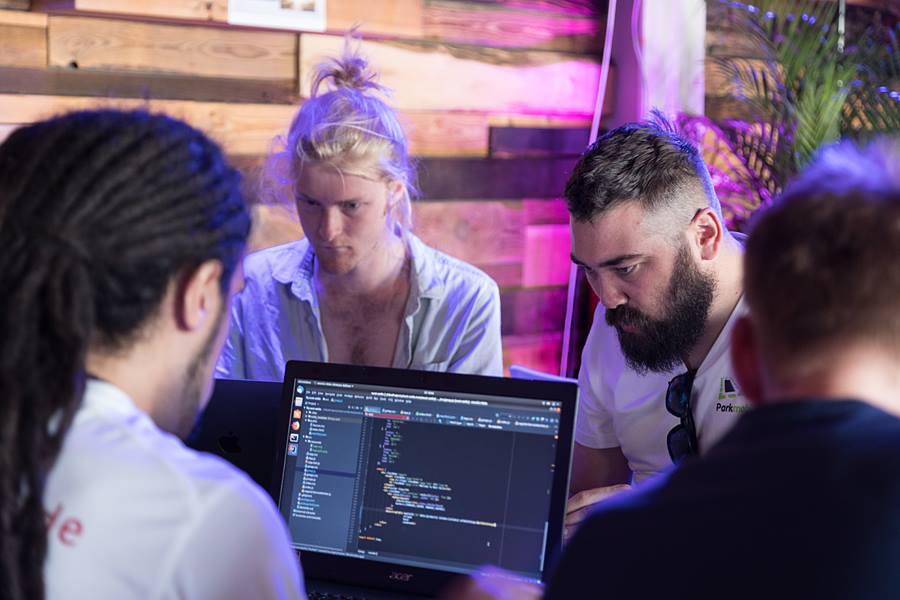 We all hacked on the faux beach, late into the night 🌙 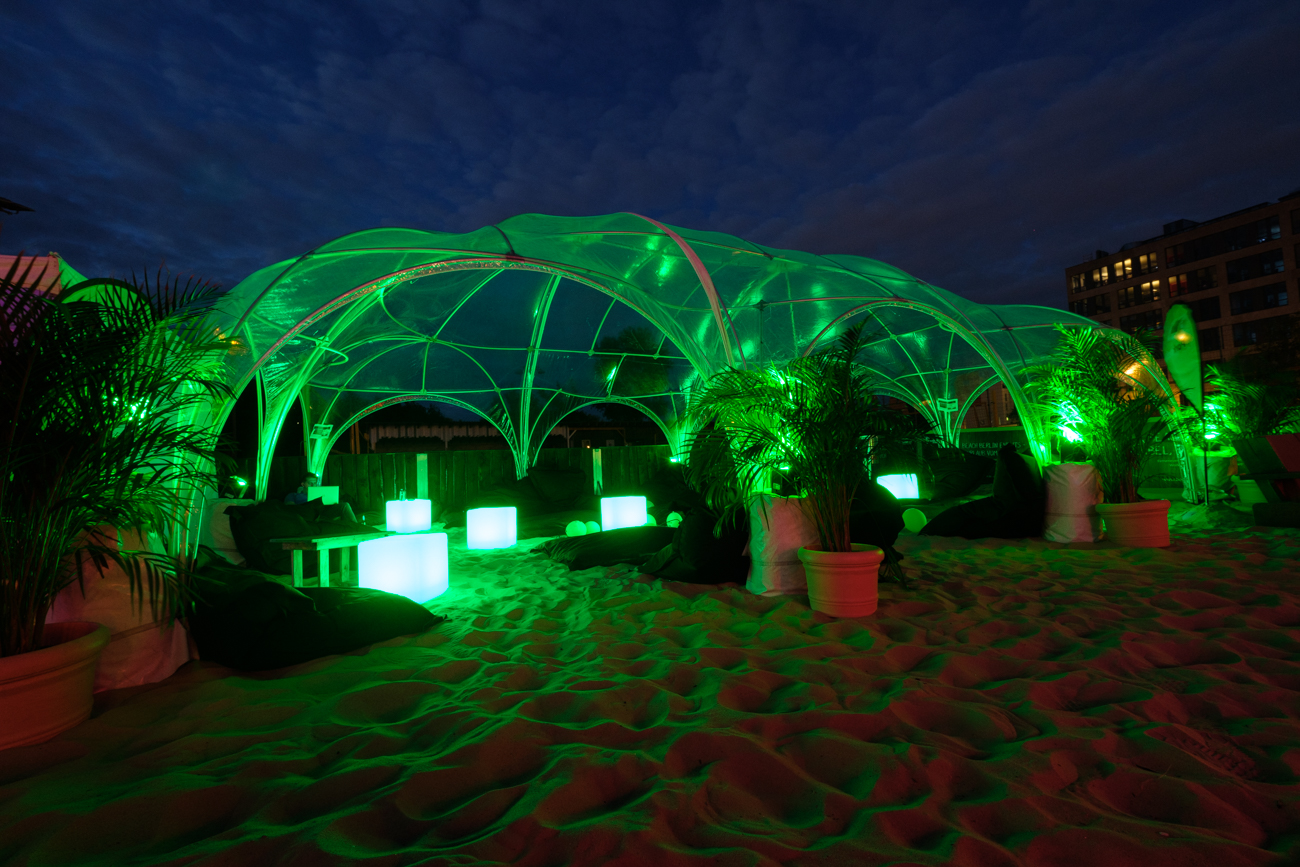 But Liam, this just seems like a corporate alibi to enjoy a week of fun and free beers!

We built an open transport provider marketplace to solve the problem of fulfilling that last leg of the journey.

Customers say they want to get from A to B (this beautiful mockup was created by Sebastiaan Hoejenbos). 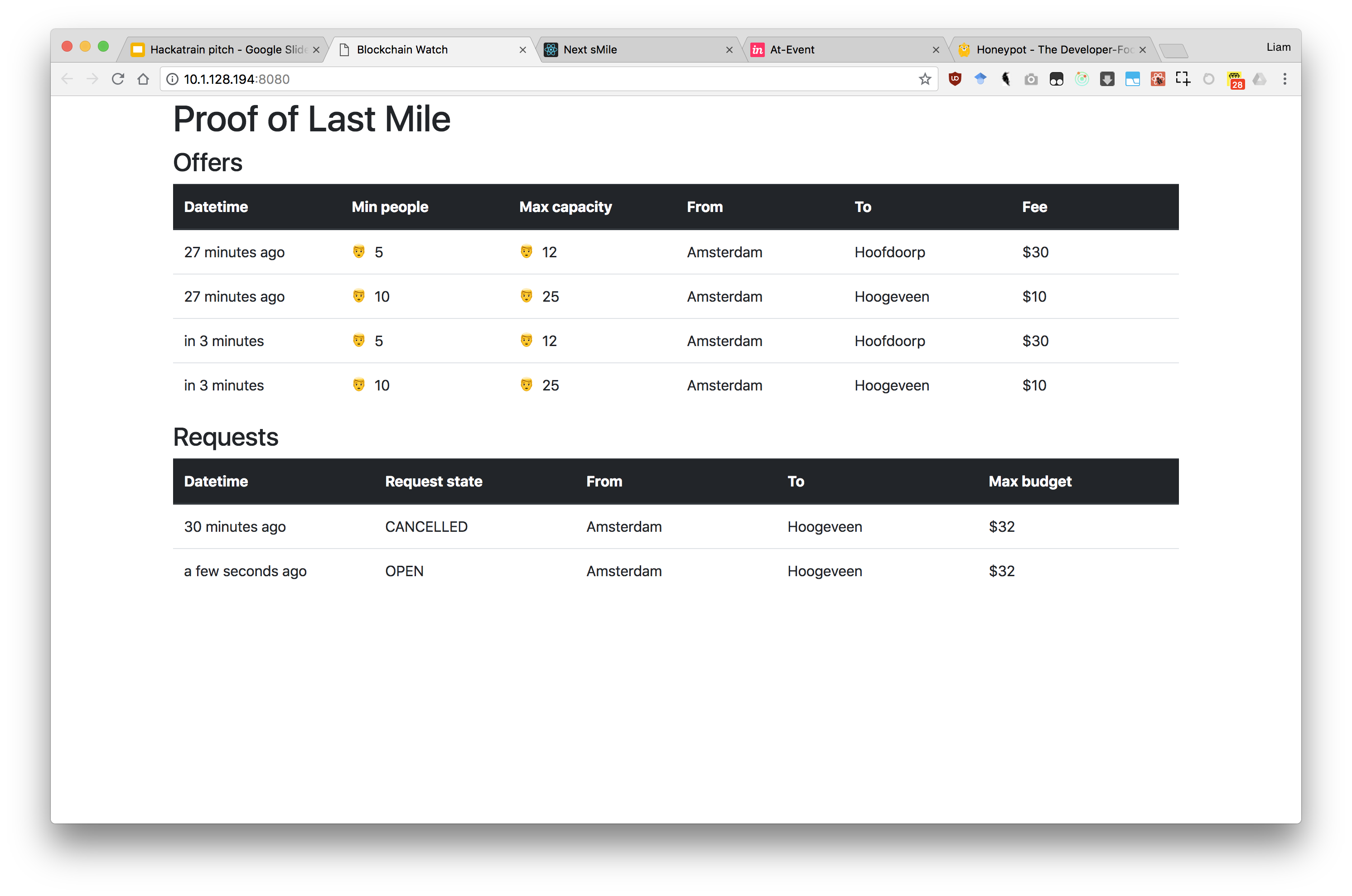 The smart contract facilitates this market place, and provides an open platform for providers to fulfill the dynamic needs of customers in a more accurate manner, and better utilise their capacity, based on the realtime requests of customers.

And yes, the code for the smart contract is open-source. Looking for a full-stack, blockchain engineer who knows Solidity? Message me.

Why did we use the blockchain? Simply put:

The most integral aspect of the entire experience was meeting and really getting to know so many nerds! ❤️ I was so impressed at the diversity of talent (UXers, full stack devs, data scientists) that were all in industry. Furthermore, I've never been to a hackathon with a better coin-toss balance of men and women!

Our team worked very well together. Our 6 hour train ride was well led by a user experience designer from ParkMobile. We had to steer away from the path of premature technical ideation towards more understanding of the user journey. As someone who has considerable experience trying to get home at 2am to somewhere very far away, it was very humbling. When we arrived, we divided work between each other based on the product demo's:

After much late night coding 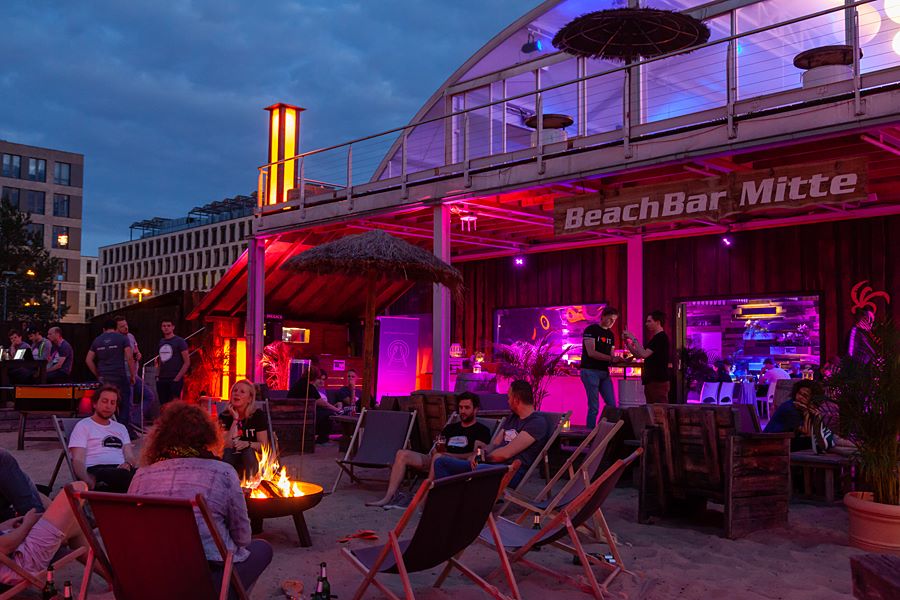 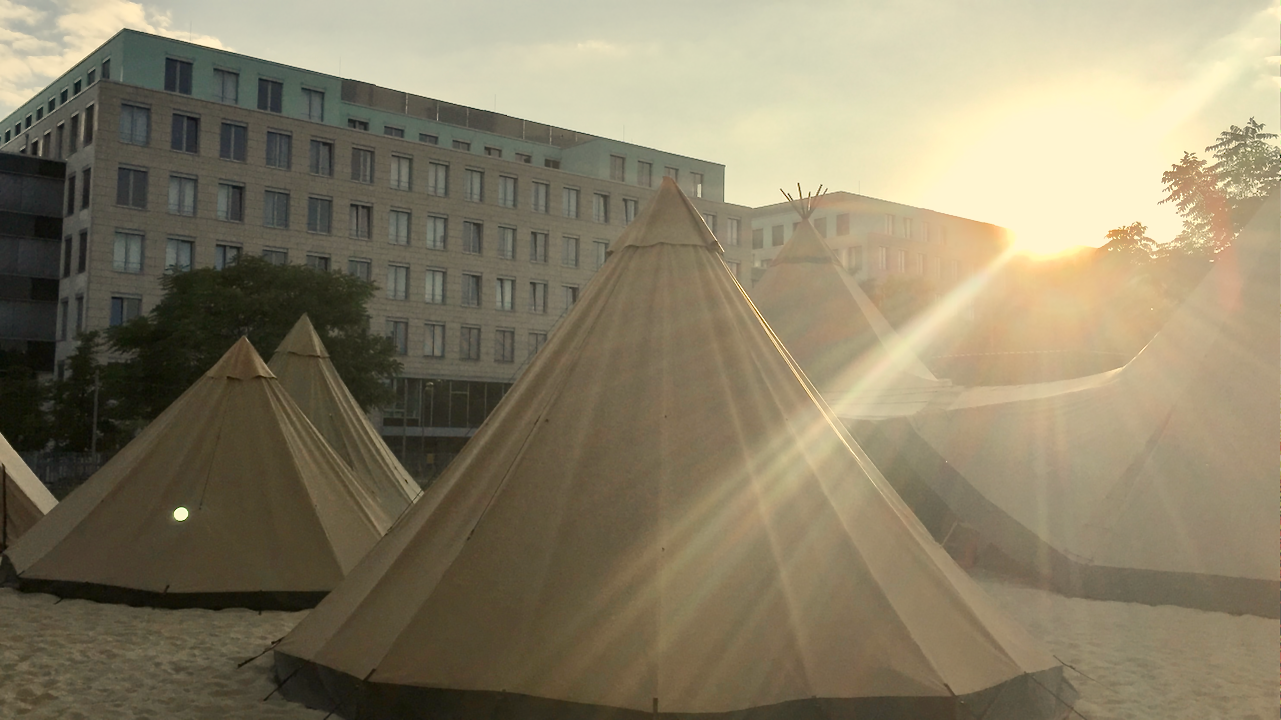 We all pitched our projects. I had the lovely opportunity to be the 3 minute centre of attention, and took it in my stride to play at least 3 characters.

OH I’d love to get to go to Britney Spears gurl, but I have no way of getting home

Meet Sonne, a young 20 something with disposable income. She loves going to conerts, eating goats cheese and vanilla spice lattes

The crowd loved this, much to my surprise. I even managed to sneak in a smooth 😏 play-on-words of our project name Lastsmile:

We are lastsmile: connecting transport providers, making that last mile and that smile last.

There were heaps of other hilarious performances, including one with a unicorn onesie dialogue.

The rest of the week

The rest of the Hackatrain event (3 days) is spent in Berlin at the Tech Open Air conference, which we all get free tickets to.

Typical Berlin, it was hosted in a big industrial-looking complex: 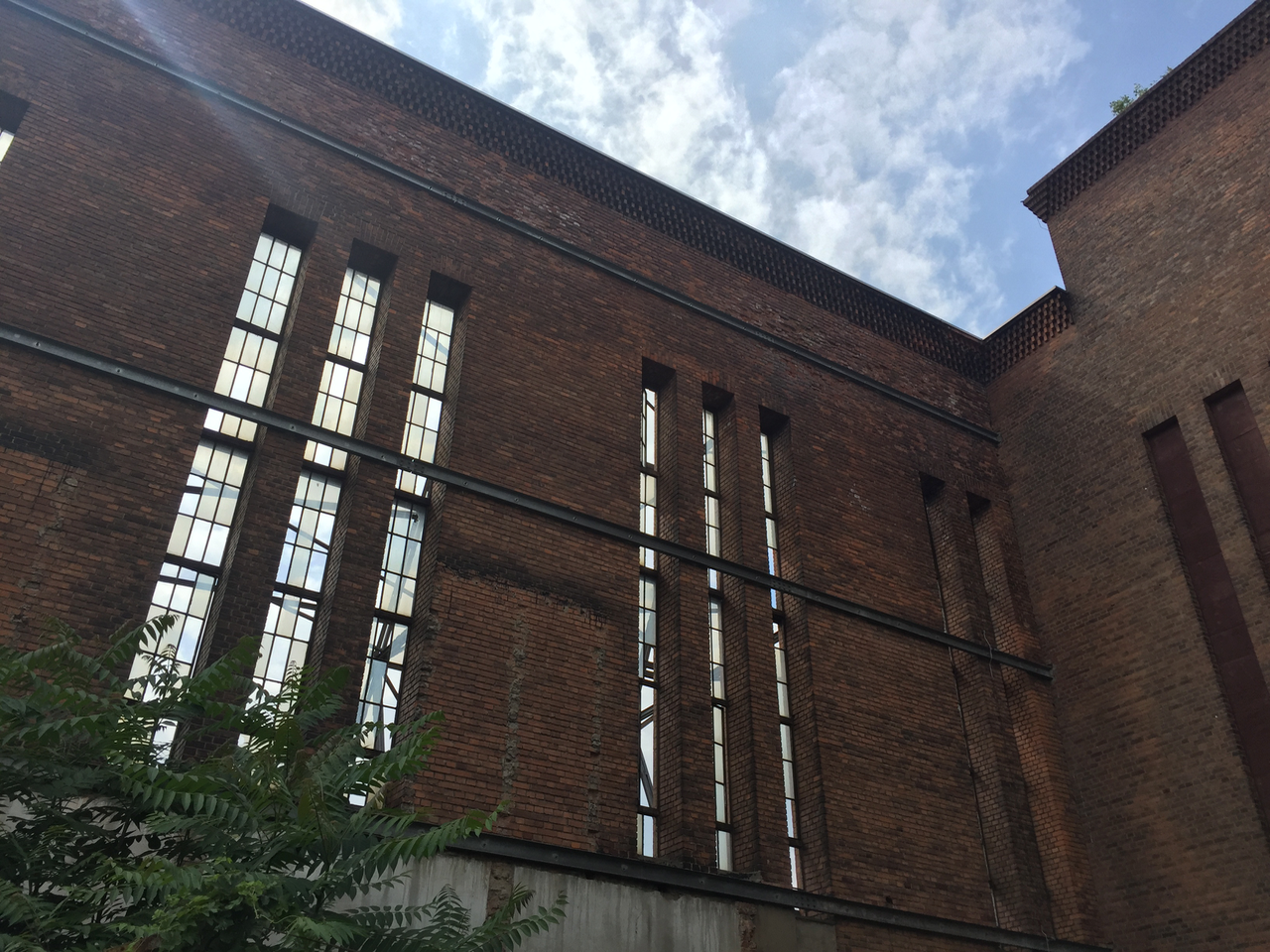 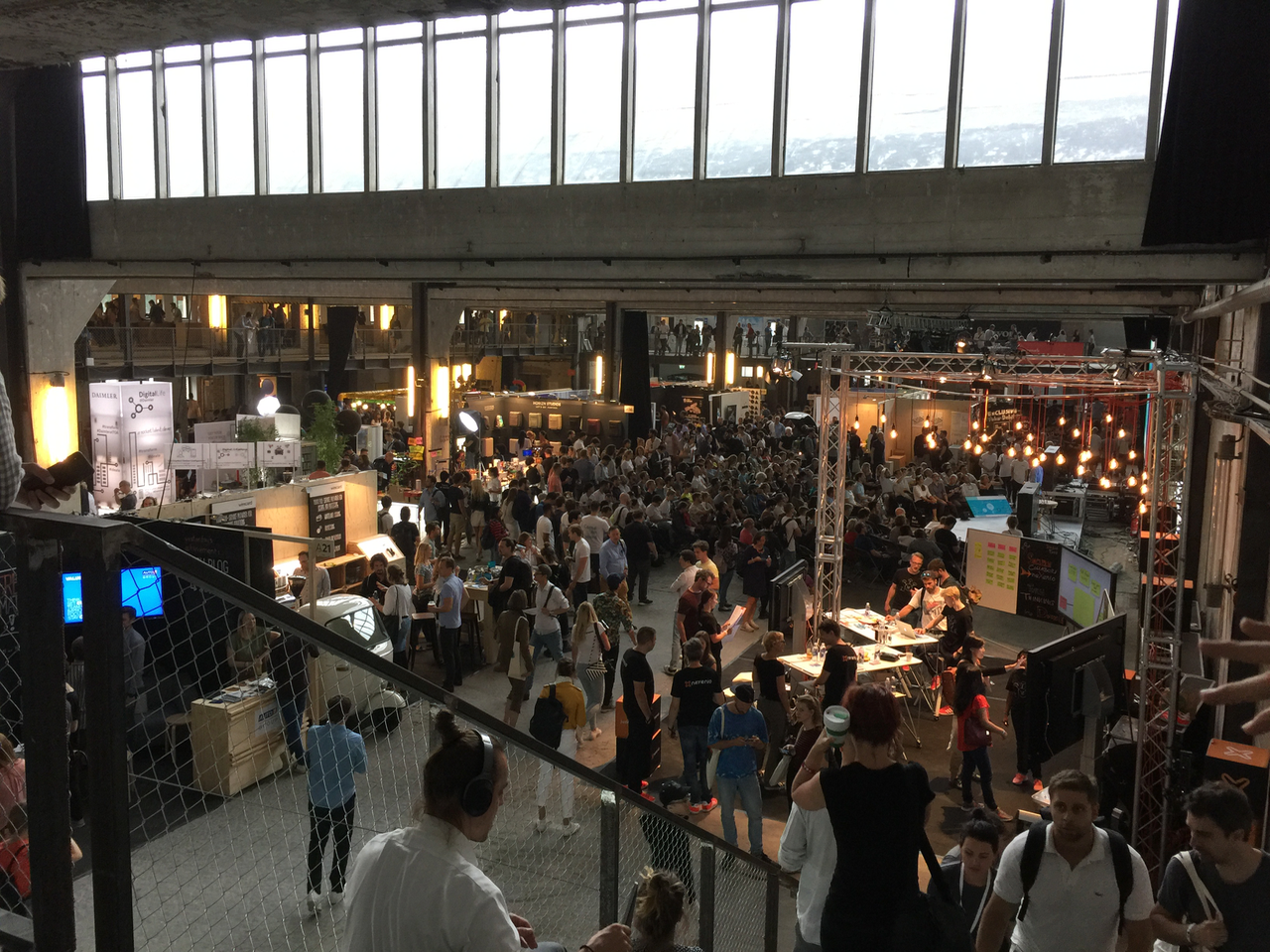 But on the inside, absolutely glorious. 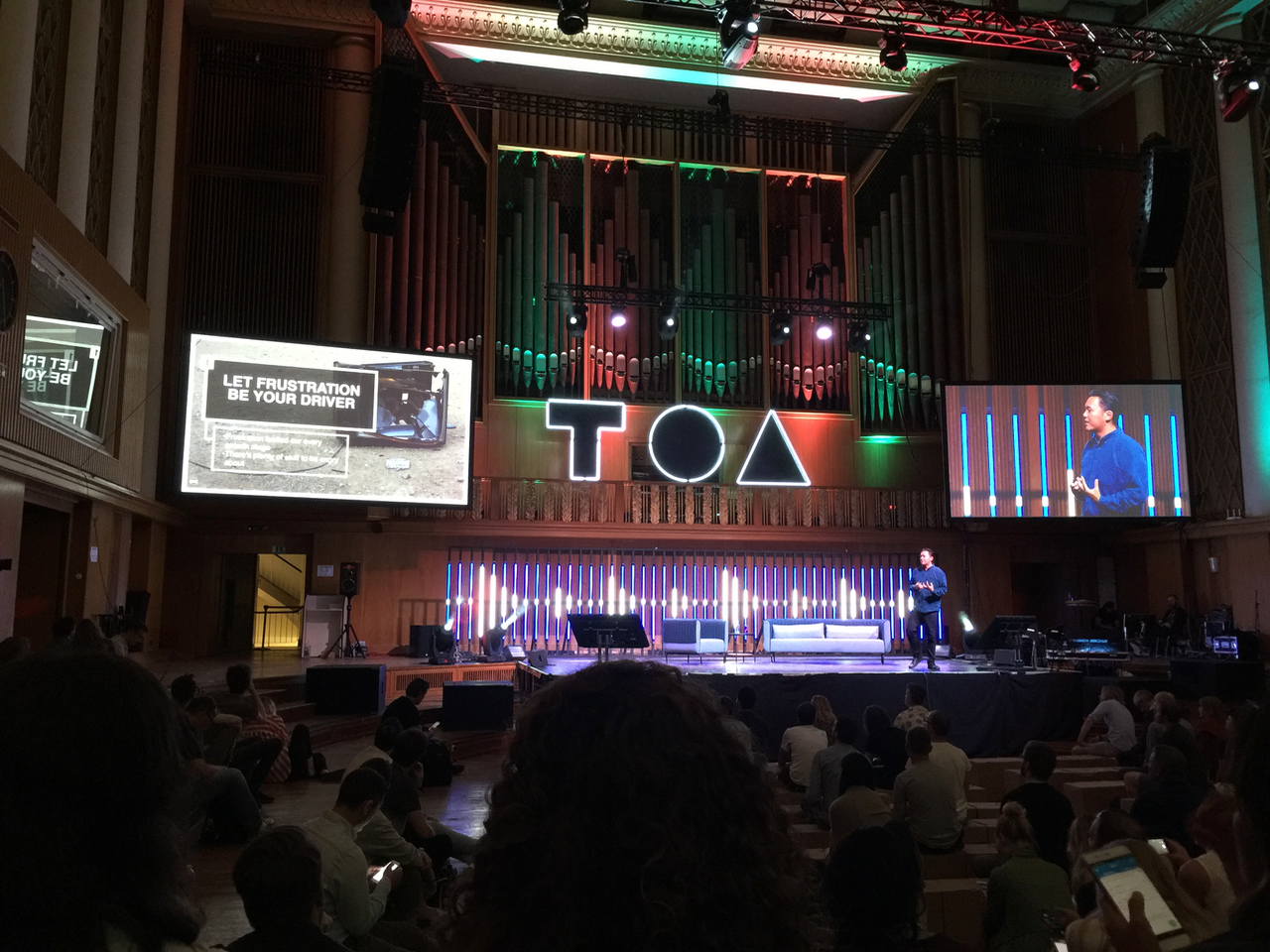 Suffice to say, I liked the conference. I'm a big fan of the new and shiny, and everything here (booths, talks, beers) was super interesting-

An electronic music-making app which has the most incredibly addictive, simplistic design. If you have iOS, check out Jambl. 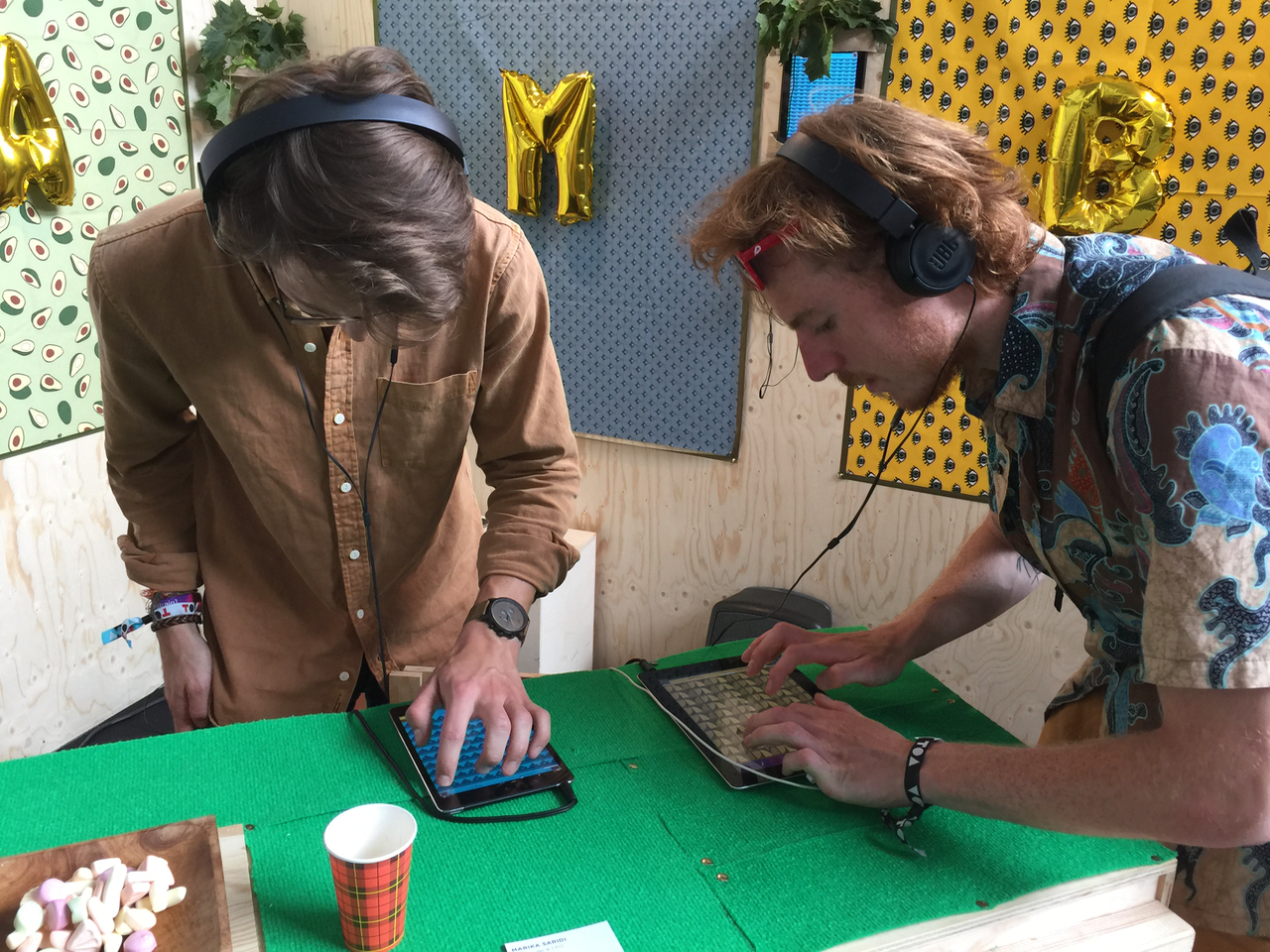 Booths from innovation departments - here's one that incorporates depth sensors for improving the efficiency of packing in logistics. They also made an AR app for IKEA, so you could check out if you have enough room in your car for a box (#adultuseful). 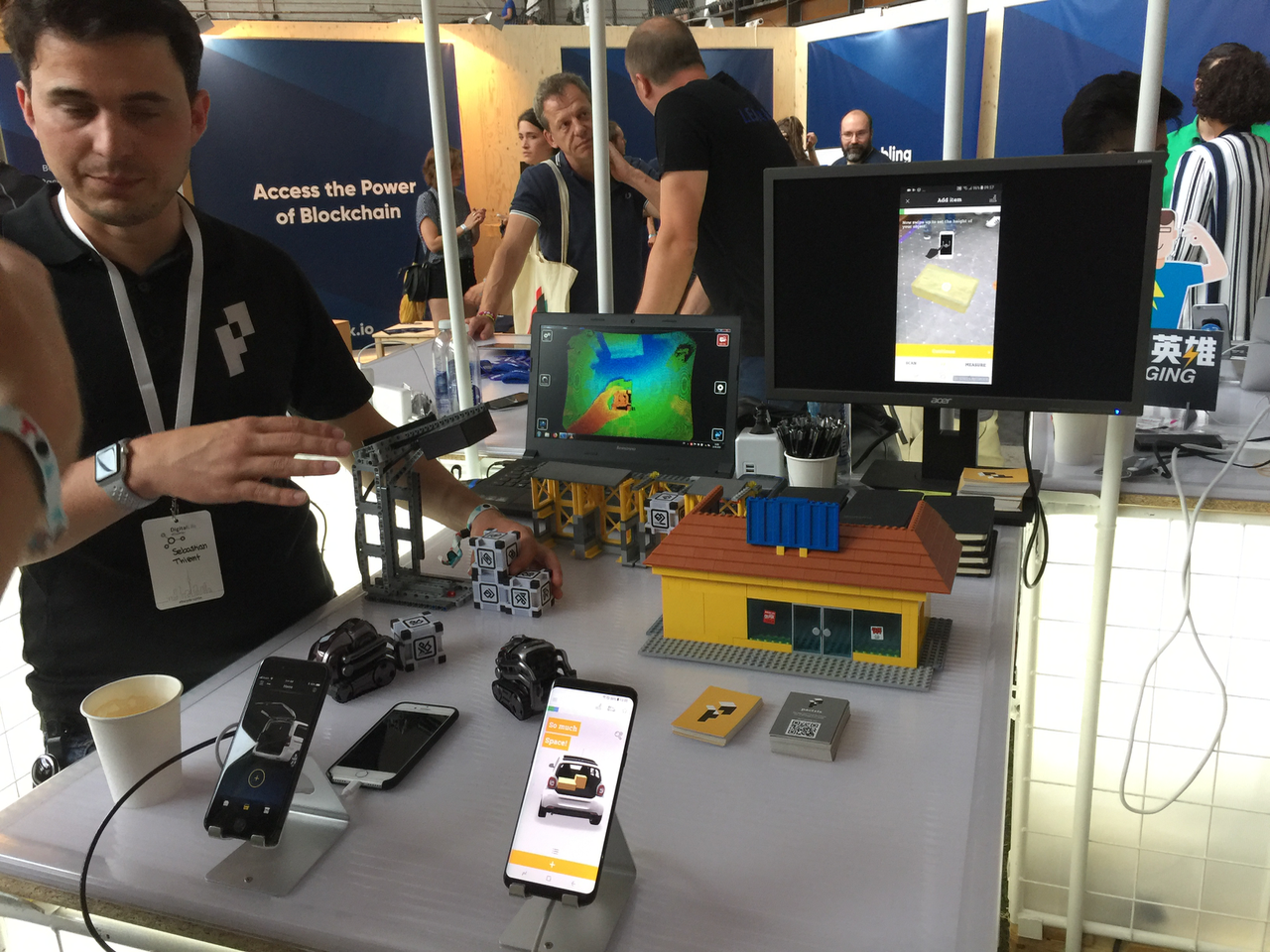 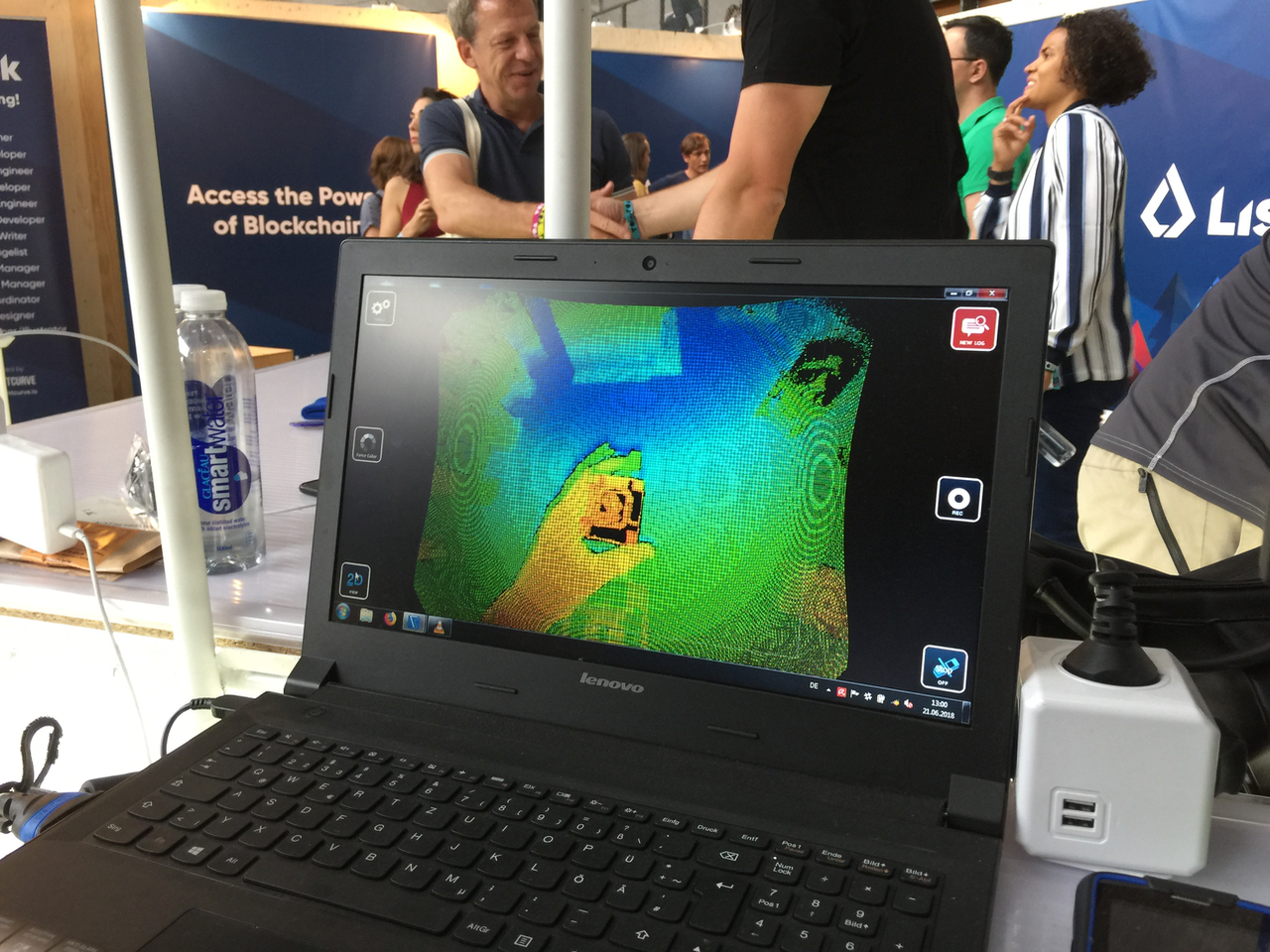 This "conference" was much more of a festival than any work event I've ever been to. The first night there was a party (#berlin), including a famous electronic artist, Digitalism.

There were talks on tech and life - a couple I enjoyed: 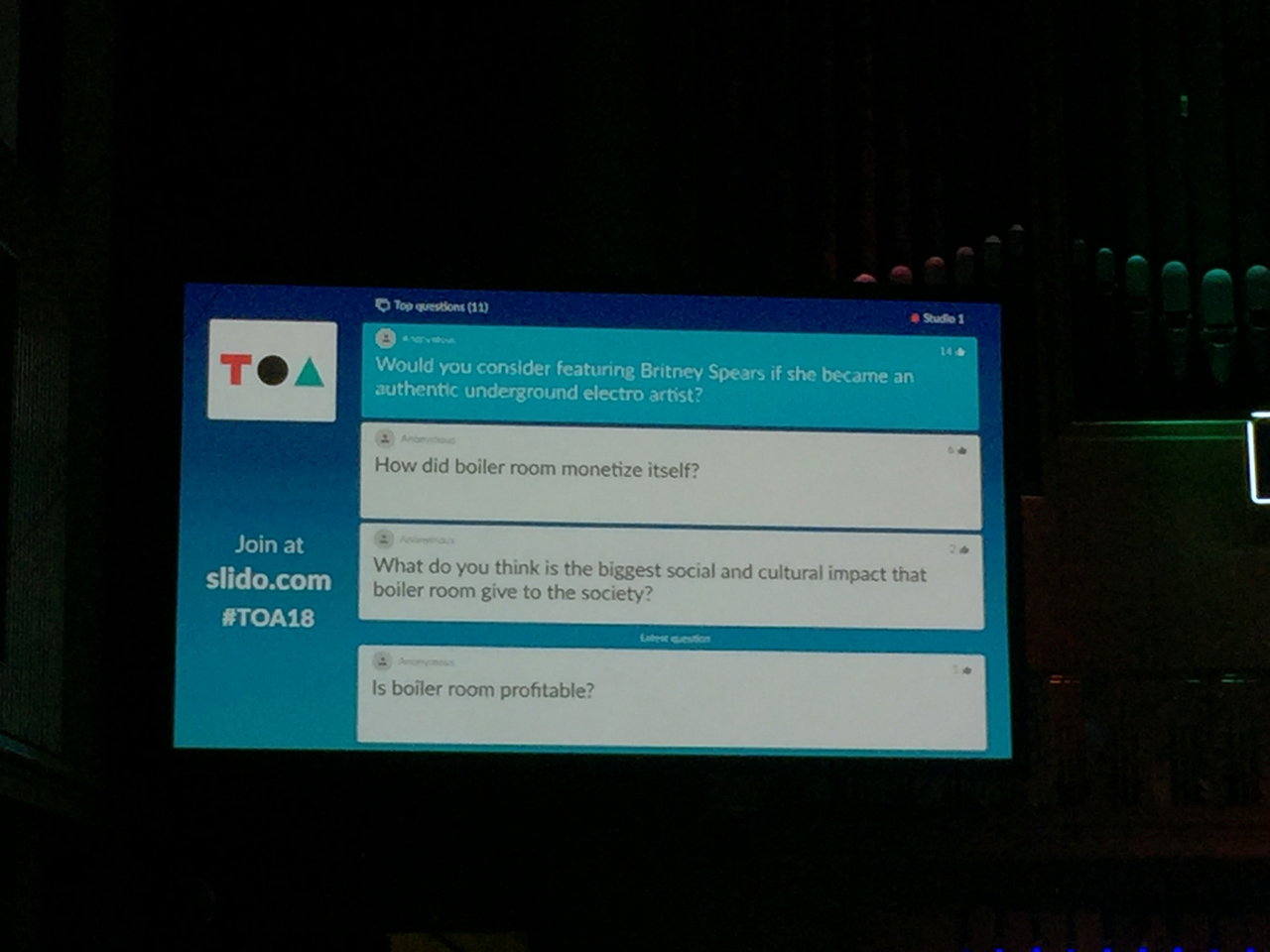 And finally, who doesn't enjoy becoming a data point in a series A slidedeck, in exchange for free scooter rides and chocolate Bitcoin? 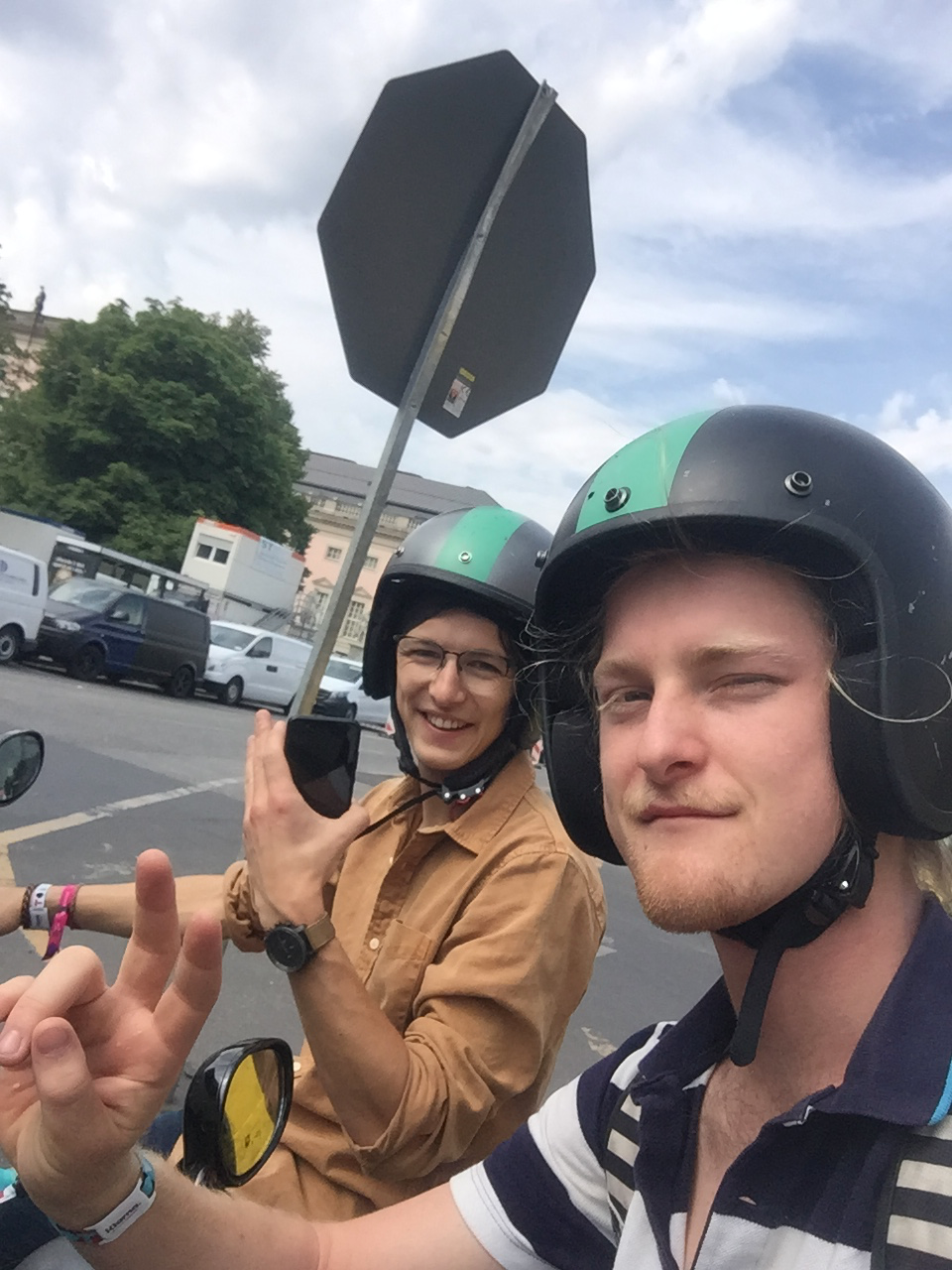 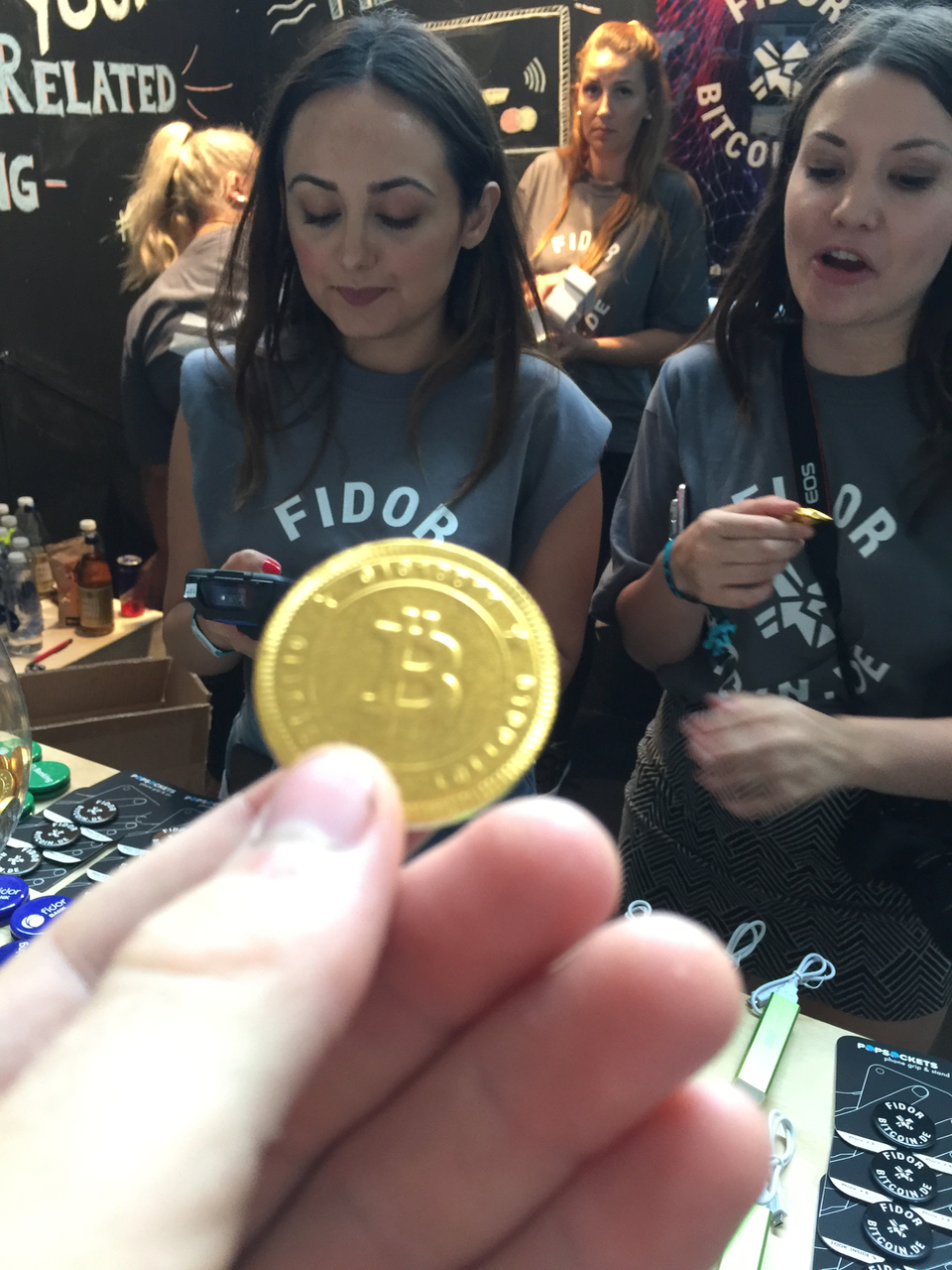 A big thanks to ParkMobile, who sponsored my ticket to Hackatrain. Wouldn't have been possible without them.

Thanks to Robin, Nick and Christian for reviewing. And Mum for correcting my spelling (as always). 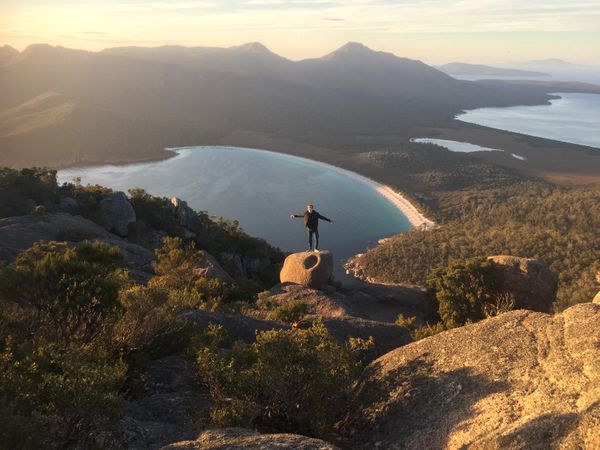 Ever wonder why every image of a mountain invokes a spiritual pilgrimage? It's not you, it's me(aning). In this post, I fascinate myself with the etymology of the word 'mountain' and experiences of the Dutch language from my time in the Netherlands.

I designed something that shows you what your friends have been hacking on, in real-time! Here's a blog of the process of ideation, graphic/interface design in Sketch, and the engineering of the